Red-tape that you would need

In this section, I will give in details some of the administrative documents you will need for studying in the city of Ames.

When travelling to the United States of America with a French passport for a period of 90 days, you won’t need any visa since France and 34 other European countries have relationships with America through the ESTA program (Electronic System for Travel Authorization). In French, we call it "Programme d’Exemption de Visa". But as far as you know that you will be studying in America for one or two years, you will probably need a student visa. All the information you need to know about the student visa is given by the United States Embassy in Paris. To reach your destination you will need the following documents:
Think of the insurance coverage you will need. It is sometimes complicated to understand and know what the insurance covers or not. But on Iowa's university website, it is recommended for international students to take Aetna Health insurance. And thanks to President Obama, the country has finally an health care system, you may benefit from it when it will be effective enough.

Iowa State University is a land-grant school located in Ames. We can mention some notable people of  the university: George Washington Carver (inventor and professor at the ISU), Nawal El Moutawakel (famous Moroccan athlete,ISU graduate, she obtained a diploma in physical education) and Carrie Chapman Catt (women's rights activist, ISU graduate). The ISU is known for its competence in science and technology since it has produced a number of astronauts and scientists. It also has a good reputation in the economic field with its Business College. The ISU is an enormous campus with a gigantic library. It is surrounded by more than 160 buildings and residence halls. Throughout the campus you can find a lake: the Lake LaVerne and Nature's beauty (flowers, bird songs and green space).

Iowa State University is a culturally diverse student body from all 50 states and more than 110 countries. Education fees average for people in-state is 8,000 USD a year and for strangers or people out of state is estimated up to 21,000 USD per year. The university motto is : CHOOSE YOUR ADVENTURE. You can find over there  different ethnic groups (African Americans, Hispanic and Latinos, Asians and Arabs). The university has more than 33,000 students including nearly 4,000 international students, the students represent nearly one half of the city's population. International students are welcomed and social life on campus is very kind. International students can attend parties, events for social integration and be members of the ISU Recreation Program. It is a low cost program which allows them to build up friendships, overcome challenges, travel to beautiful destinations and enjoy lifelong outdoor activities. There are several social organizations of fraternity and sorority with annual events organized by students such as the VEISHEA Festival. Students usually meet at popular places such as the Reiman Gardens, the Memorial Union, the Campanille (the most photographed structure of the university) and the dominant landscape, the 20-acre central lawn, reserved as a beautiful space for students to study, relax, and socialize.

This is a short video on Iowa's State University taken on YouTube. To visit the campus follow the link below:

In this video, we can see the most attractive buildings (Catt Hall for Liberal Arts), the landscape where students relax and the lake which is a popular spot for them to come sit back and even study.

This second video is about Iowa's State University VEISHEA spring annual festival. It is just to have a look at what happens on that day: outdoor concerts, parades, performances and several activities.

Here are some photos and the university's map 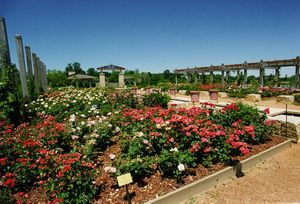 The United Sates of America and the city of Ames

The country is situated in central North America with forty-eight contiguous states and Washington D.C. which is the capital district. It also has two more states out of his principal territory, Alaska in the northwest of the continent and Hawaii in the mid-Pacific. The United States of America share borders with two other countries, Canada and Mexico. The Pacific and Atlantic Oceans enable this country to have relationships with the rest of the world. The largest cities are New York, Los Angeles and Chicago. America spans six time zones; it shares four main time zones with Canada. Alaska and Hawaii have separate time zones. The country has a surface area of 9.83 million km² and about 306 million people with different ethnic groups: White Americans, Black Americans, Native Americans, Hispanic and Latino Americans, Jewish Americans, Asian Americans, Arab and Middle Eastern Americans.

Geographically, the country has some of the biggest mountains in the world such as Piedmont, the Appalachian Mountains and the fourth longest river: the Mississippi-Missouri River. We can still find active volcanoes in Alaska and Hawaii. The climate varies a lot from one region to another: humid continental in the north and humid subtropical in the south. The climate is desert in the Southwest, Mediterranean in California, oceanic in Oregon and Washington, tropical in Hawaii and Florida plus extreme climates (hurricanes, tornadoes) in the states bordered by the Gulf of Mexico.

Economically the country is 1st in the Global Competitiveness Report and its currency the Dollar is still stable and a bit lower than Euro (1euro = 1.3751 dollars). According to IMF (International Monetary Fund), the country has a GDP of 15.68 billions USD : 24% of the gross world product at market exchange rates. Relationships between France and USA were more military relations in the past years but they are still military relations existing today and economic ones notably in the exchange of manufactured goods. Relations have become friendlier since the pro-American politician Sarkozy was elected President of France in 2007 and President Sarkozy expects to have further relations with America since Obama’s elections as President of the United States of America: “Obama? c’est mon copain” says the French President in one of his press conference. And Mr Hollande, French actual President elected in 2012 continues to maintain close relations.

Ames is a small city with 60,634 inhabitants located in the state of Iowa, 30 miles north of the state capital Des Moines. This state has a humid continental climate with extremes climate of both heat and cold and the population is estimated to be 3,002,555 and its surface area 145,743 km². Iowa’s population is mostly made of White Americans but you can find a minority of African Americans, Hispanics as well as Asians. The city is known to have a great education system and celebrities like Kenny Chesney, Dave Matthews and Widespread Panic (famous rock band of the city), along with international symphonies and Broadway musicals. It also organize cultural festivals and celebrations. The major attractions in Ames are the North Grand Mall and Reiman Gardens. North Grand Mall is the biggest shopping-center of the city and Reiman Gardens is a very nice public place located on the Iowa State University campus. The city has been ranked the 2nd most liveable small city in the nation.